Established in 1964 by J. Allan and Ann Mactier, Ponca Hills Farm was conceived with the idea that living in the Midwest shouldn't preclude riders from competing on show circuits long dominated by the coasts. The Mactier's built the first indoor riding arena in Nebraska, and designed a spacious heated barn that would allow horses and riders to continue schooling through cold Nebraska winters.

Over the years, many Hunter/Jumper champions were produced at Ponca, showing under the farm's sky blue and grass green colors at Devon, Harrisburg, Madison Square Garden, the Washington International, and Palm Beach.

In 1972 Jan's champion Jumper, Christopher Robin, was selected for the Olympic Show Jumping team, and shipped to Munich with William Steinkraus.

In the Winner's Circle

In the 70's and 80's, a night out in Omaha was likely to include dinner at one of a dozen packed steakhouses, and an evening of thoroughbred racing at Aksarben.

The opportunity to cheer one's bloodstock across the finish a few miles from home inspired J. Allan Mactier to breed sales yearlings and enter his horses in races at Aksarben and Churchill Downs. His Nureyev filly, Sonic Lady, sold in 1984 at Fasig-Tipton to Sheikh Mohammed Bin Rashid Al Maktoum of Dubai. Sonic Lady went on to be named European Filly of the Year in 1986.

Today, many of LeGoff's original fences have been refurbished, and the course continues to expand. Over 50 elements, including banks and water complexes, comprise three courses with options from beginner novice to preliminary.

As Jan Mactier rose through the ranks of amateur riders in the 1970's and 1980's, she began training with former Olympian George Morris.

Morris made a lasting impact on Jan's riding philosophy and on Ponca Hills Farm itself. Although Jan retired from competition in 1985, capping her career with many A/O Jumper championships, Morris continued to visit Ponca as a clinician. His student and West Coast protegé Karen Heally took over for several years when Morris became much in demand at the international level.

In the late '90s, Heally's then assistant Archie Cox came as a last minute fill-in, and was an instant hit with students. He's since become one of the most in demand Hunter/Jumper trainers in the country. In addition to Archie Cox, Ponca has hosted many luminaries from the Hunter/Jumper, Dressage and Eventing disciplines, including Gordon Wright, Melanie Smith, Jim Wofford, Michael Paige, Christine Bachman, Lowell Boomer, Thady Ryan, Jim Graham and Benjamin Lundquist.

Today, Jan Mactier Moriarty continues to realize her father's founding vision for the farm. Under Jan's guidance since 2004 Ponca remains an active barn with boarders who both compete and ride for pleasure on Ponca's extensive trails.

A hack through the Ponca trails in any season provides a show of wildflowers and wildlife that we thank Mick for helping to preserve! 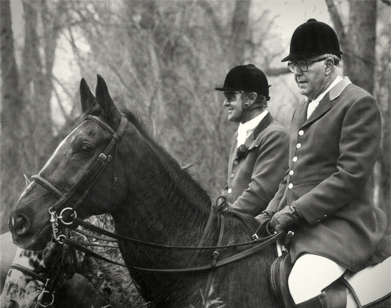 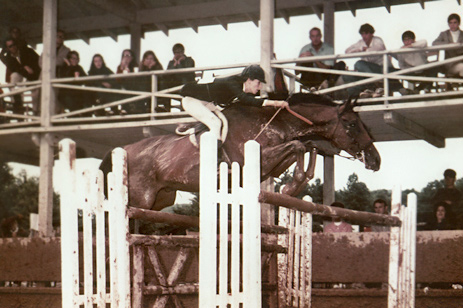 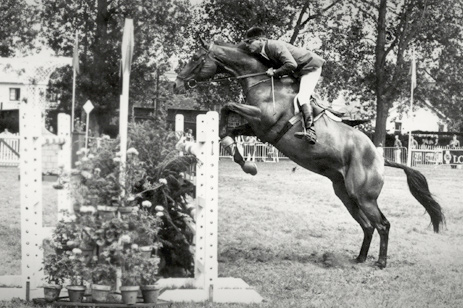 Ponca-owned, Christopher Robin, with Frank Chapot in Dinard, France 1972, in training for the Munich games. 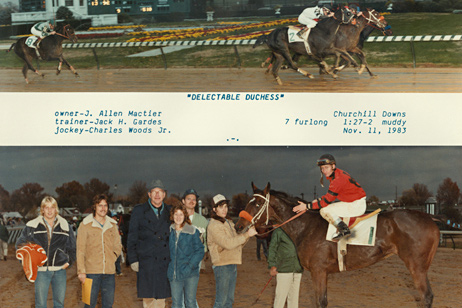 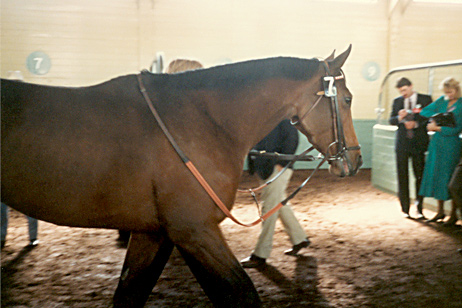 Sonic Lady heads to the paddock at Santa Anita in 1986. 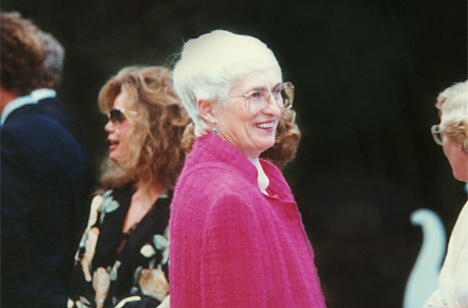 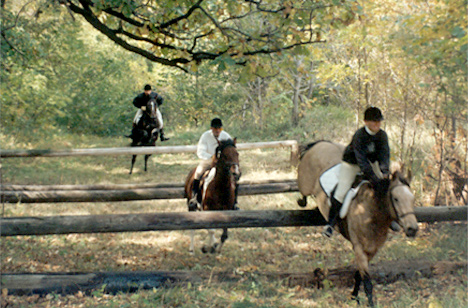 LeGoff's triple combination through the woods; part of the original course. 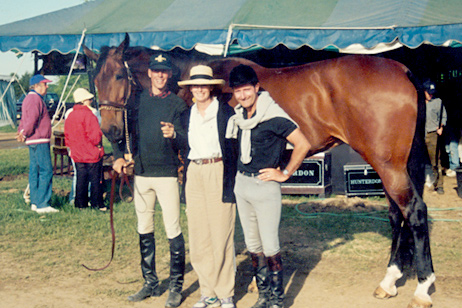 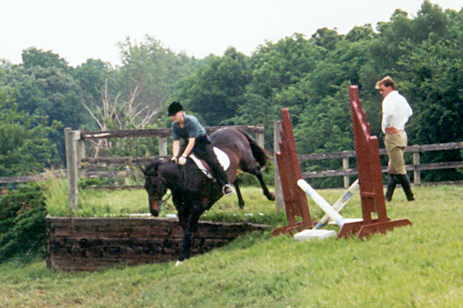 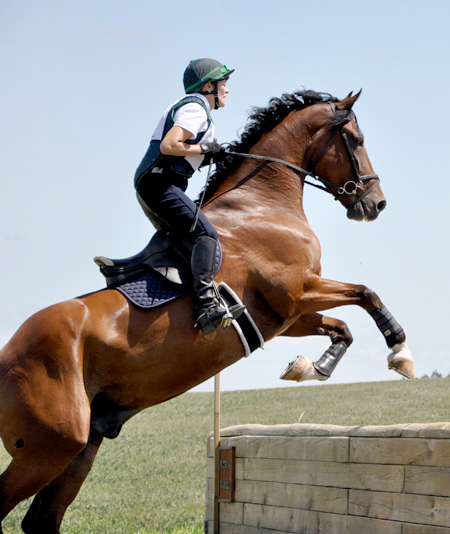 Dr. Susan MacQuiddy, an active eventer at Ponca, sends Oliver up a bank. 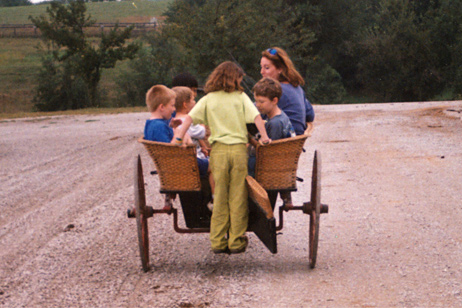 Jan Mactier gives the next generation of riders a lift in the pony cart. 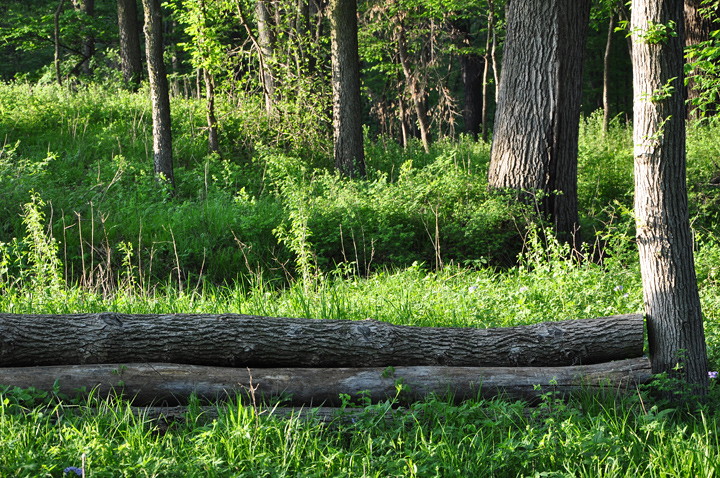 Dozens of stiles were built in this wooded reclamation area West of the stallion pasture. 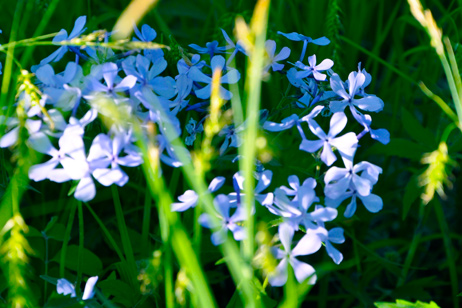